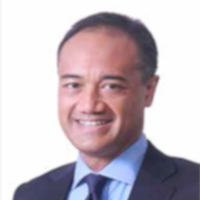 Nurhadijono Nurjadin first joined the Company in 1994 and was appointed as the President Director in 2004. He was then assigned as the President Commissioner in 2007 up to present. He was once held several strategic positions at foreign companies in Singapore such as Peregrine Securities and Bankers Trust, also at PT Bimantara Citra, Tbk.